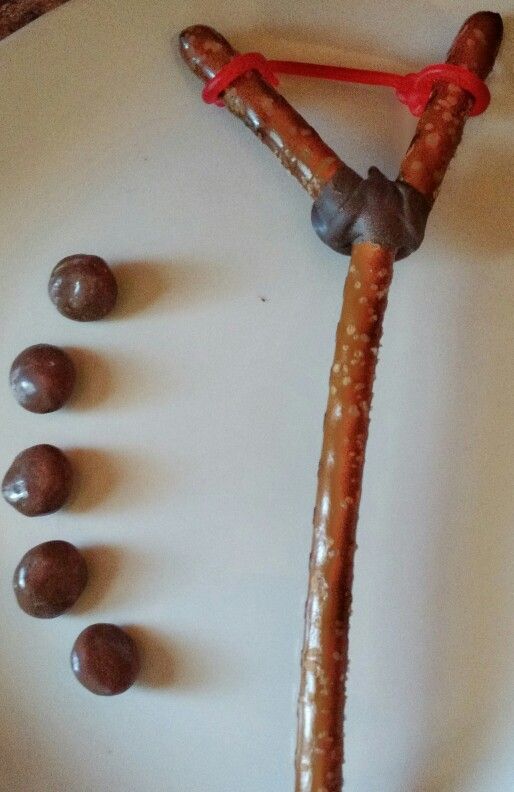 CLASSROOM PREP
Write on the board:
What is your Goliath?

2. (Take time to show how tall Goliath was by having them help you put up a piece of tape at about 9'9". Then tape up printer paper from that piece of tape all the way down to the base of where the wall meets the floor.)

How would you feel fighting someone this big? (discuss for a bit)

So we're going to learn about David today, the first of a few lessons.

Remember last week we learned about Samuel?
Samuel was to anoint a new King of Israel with the guidance of the Lord.
He went to Jesse and spent some time with his sons.
None of his sons were right until the youngest, David, came back from taking care of the sheep.
Samuel said he was the one the Lord wanted and he was anointed to be the next King after King Saul.
The Spirit dwelt with David from that point on.
He was a great help for the King.
The Philistines were at war with the Israelites and David carried the armor.

(Draw a picture of two mountains with a valley between them.


The Philistines stood on one and the Israelites on the other.)

(Based on how much time you have, read some or all of the below scriptures)

1 Samuel 17:4-7
Look for how Goliath and his armor and weapons were described.
How tall was he? (approximately 9’9”)
His armor was 150 pounds.
Iron tip of his spear weighed 12-26 pounds.
Greaves are pieces of armor protecting the shins.
Target is armor protecting the neck.


17:8-11
What challenge did Goliath give the Israelites?
How might you have responded to the challenge?
How did the Israelite soldiers respond? (vs. 11)
(dismayed = they were distressed and frightened)


17:12-18
While the army of Israel was encamped against the army of the Philistines, David was at home tending his father’s sheep.
His father gave him food to take his brothers, soldiers in the army of Israel.
Also with instructions to see how they were doing at the battlefront.


What happened when David arrived? (19-26)
How was David’s reaction different from the others? (he wasn’t afraid).

17:12-31
Eliab (David’s oldest brother) was angry and questioned David’s intentions.
David continued to tell them to not be afraid even with his brother’s doubt and anger.
Some of the soldiers told King Saul what David said and the King wanted to see him.


"Remembering how the Lord has helped us in the past will…" ← write on the board
How would David complete this?
(Emphasize to them that it will strengthen our faith to endure or overcome our challenges.)
Why is this true?


Think about a time this was true for you.
Has it helped you with other challenges?


17:38-40
What was done to prepare David for battle?
Why did David decide not to use the armor? (he wasn’t used to it)
Slings were commonly used as weapons in David’s day.
But you had to have a lot of practice to be accurate!
He’d used it to protect his father’s sheep.


17:41-44
What did Goliath think of David?
If you were David, how would you have responded to the insults?


17:45-47
How would you summarize David’s response?
"Faith can lead you to do good works, obey the commandments, and repent of your sins”
(- from True to the Faith)


17:52-57
After the defeat, the Philistine army fled and the army of the Israelites chased after.
David took Goliath’s head to Jerusalem where King Saul marveled at his bravery.

Where did David’s courage come from? (faith)
We all have obstacles or Goliaths in our lives.
What do those obstacles do? (block our way to peace and happiness just like Goliath tried to block the way for peace and freedom of the Israelites)

Choose a Goliath/challenge in your life that you’d like to overcome and come up to the “paper Goliath” and write it. (they can write a code word if they want to keep it private).

Think of ways to overcome your challenge!
All challenges can’t be overcome but if we ask Heavenly Father for help he will give us strength to cope with them

What will you do to better exercise faith as you face your challenges?

“Faith is much more than passive belief. You express your faith through action—by the way you live." - True to the Faith

Our Church put out a wonderful video that I first saw at a missionary fireside.
I loved it because I saw the resilience, do you guys know that word?, of the human spirit.
Of the connection we can have to the Spirit of God to empower us to overcome struggles.

So thinking about what you’ve learned about David from this story, and from the video we just watched, I want you to think about a word or a phrase...something you’ve been inspired to do, say, act, or believe from the lesson.

And what you’re going to do is paint that on one of these stones, not unlike the stones David used.

Ideas of things to bring for this:
Smooth flat rocks
Paintbrushes
Paint and paper plates to pour out globs/puddles
Baby wipes for clean-up
Plastic tablecloth to lay down to protect the carpet
Water to dilute/clean brushes between colors
Box big enough to have the rocks drying during your third hour (or a small box they can each keep them safe on the way home)

The class could also take turns trying out a handmade sling (lots of ideas online) and flinging big marshmallows or wadded up paper at Goliath. On the marshmallow or piece of paper (etc.) they would have first written a way they can show faith. So they'd have written on Goliath their obstacle/thing that they are working on, and then they would be using their "stones" of faith to fight for what's right.

We each face our own “Goliaths” - some of us might even face that Goliath every day.
Maybe it’s something you have a hard time with in your family or your neighborhood or your school.
It doesn’t have to be a person, whatever it is that you struggle with that you think might be too big for you to overcome, remember the battle is the Lord’s.
David knew the strength of the Lord so the strength of that Goliath he was facing didn’t matter.
I’m grateful that I can look to the Lord to help me with my Goliaths, through prayer and through fasting and through people in my life that can help me!
Think this week about the ways that people help you, that prayer helps you, that scripture study helps you, that church helps you with the Goliaths in your life.

Take home ideas:
Include a scripture from the lesson (or the True to the Faith quotation) along with:
- Edible “sling” and “stones” (could be something you make like the pretzel example with mini marshmallows)
- The stone they painted
- Stones of some sort (a set of five)
- Edible chocolate rocks
Posted by Cailean at 11:05 PM

My lessons are often a mishmash of the official manual, my own ideas, and things I find on Sugardoodle or other sites. Apologies if I have not given credit to you, please let me know and I'm more than happy to give a link to your site with the lesson!